skip to Main Content
Max. 6 per Live Hands-On Class Join our Newsletter List for Discounts and Free Online Courses Use our LIVE CHAT function below for questions 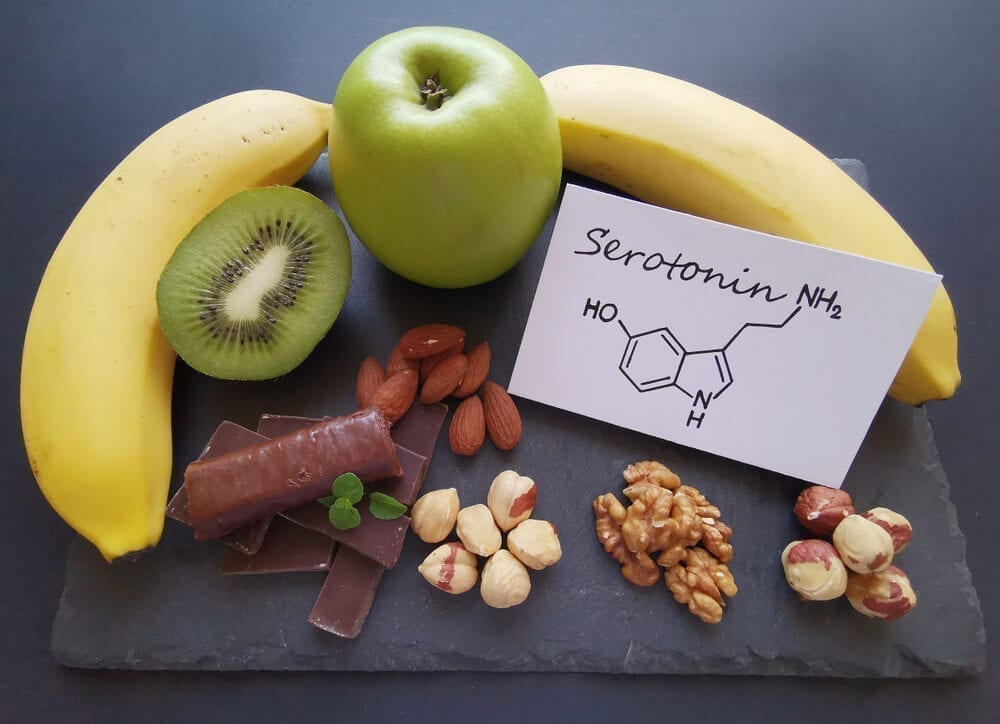 Serotonin is one of the most important chemicals the body creates in regard to mood stability, sleep, and social function. Anxiety and serotonin deficit correlate in many scientific studies. Therefore, understanding what serotonin is, how it works and its impact on the body can help you better treat patients experiencing a wide range of health symptoms. Below, we outline the vital information practitioners should understand about serotonin.

Scientifically speaking, serotonin is the chemical responsible, according to many researchers, for maintaining mood balance. Serotonin deficit has links to depression. Anxiety and serotonin also correlate, showing a connection between general mood stability and serotonin levels in the body. Ultimately, serotonin is a neurotransmitter that carries signals between the nerves of the body.

According to research, serotonin is manufactured in the brain and the intestines. In fact, between 80 and 90% of all serotonin is in the gastrointestinal tract. However, serotonin in the brain, which is used primarily in mood regulation and commonly referred to as the “happy chemical,” must be produced in the brain. When the brain is incapable of producing the serotonin necessary to regulate emotions and maintain mood stability, individuals may begin to suffer from anxiety and depression.

Primarily, the body uses serotonin to regulate mood. However, there are several other serotonin facts regarding how it impacts the body, such as the following:

The above are only a few ways the body uses serotonin. 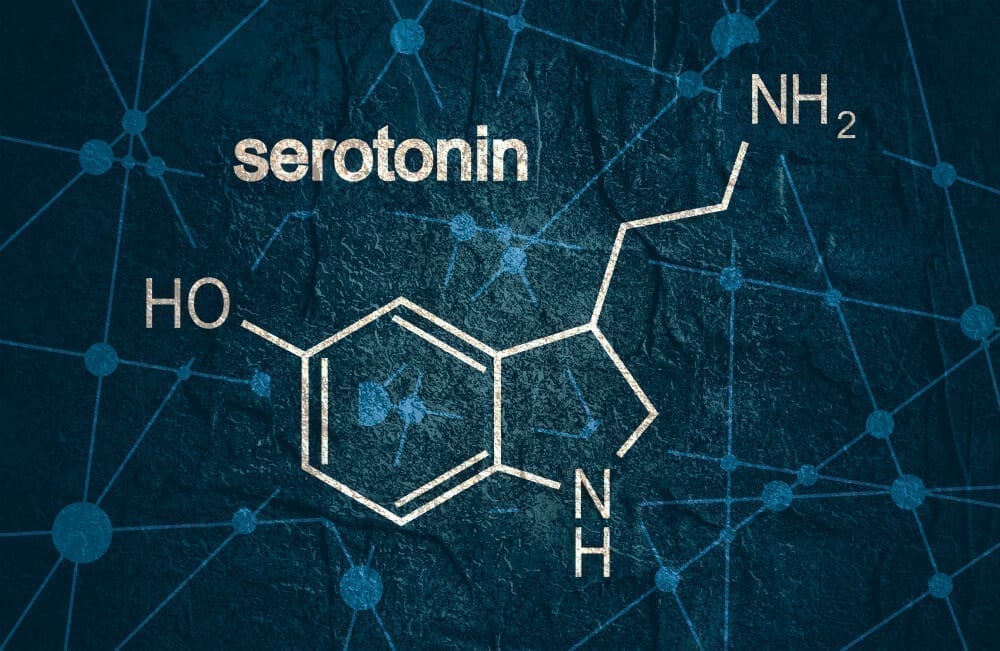 The Side Effects of Low Serotonin

Serotonin and stress are tied together as low serotonin levels in the brain often contribute to increased anxiety and agitation. Therefore, an individual whose brain fails to produce enough serotonin often experiences high levels of stress. For instance, they may react negatively to stressful situations or find that they have triggers that increase their blood pressure and heart rate and speed up the thought process, leading to panic attacks and other significant medical issues.

Additionally, stress has a variety of other negative side effects on the body. The lack of serotonin in the brain can directly result in some of the following:

The body’s inability to maintain adequate serotonin levels directly impacts each of these issues. Long-term serotonin deficiency can cause other complicated health problems in the long run.

According to several studies, serotonin levels directly impact an individual’s ability to both fall asleep and stay asleep as well as their ability to get deep REM sleep. Sleep is important to the body for a variety of reasons but primarily because the body is physically incapable of functioning without it. Lack of serotonin can cause the body to sleep poorly, which in turn may result in negative consequences.

For instance, many individuals who have anxiety or depression issues—a direct result of low serotonin—often have insomnia or forms of disordered sleeping. In the long run, this can lead to several issues, such as:

Therefore, the lack of serotonin can be dangerous, especially to individuals already vulnerable to sleeping disorders.

Other Ways Serotonin Impacts the Body

As previously mentioned, there are several other ways too much, or too little, serotonin impacts the body. These serotonin facts provide insight into how treating individuals with serotonin deficiencies in the brain, for instance, can impact their overall health. Primarily, we focus on how intestinal serotonin helps regulate the body and reduce nausea.

Individuals suffering from chronic serotonin deficits often find that they have stomach issues and, in some cases, suffer from disordered eating. Because of these problems, these individuals are more likely to suffer a variety of other health issues as mentioned above. Additionally, it is more difficult to treat a lack of intestinal serotonin than it is serotonin levels in the brain.

Moreover, on the other side of the spectrum, individuals with too much serotonin may have bone health issues later in life. This can be especially problematic as bone health in senior citizens can be difficult to treat and maintain.

In the last several decades, medical professionals have developed several ways to help increase overall serotonin levels in the body—primarily in the brain—to help patients better function in their daily lives. These methods, such as neurotransmitter production pathway supplementation therapy, may not work for everyone but have shown some promise in large portions of the population.

To begin with, many doctors prescribe medication to help improve a patient’s serotonin levels. There are dozens of different types of medications, each working differently to address the deficiency in the brain. Determining which medication works best for each patient is difficult and requires some trial and error to get right in many cases, and many of these prescription antidepressants can have side effects.

Practitioners may also request patients undergo neurotransmitter production pathway therapy to help stimulate the body’s neurotransmitters and increase serotonin uptake and production in the brain. For some patients, this process is highly effective. However, other patients find that the treatment is not successful. Ultimately, each patient will react differently to these treatment plans.

Additionally, patients suffering from low serotonin may be encouraged to change their diets, attend cognitive behavioral therapy, or exercise frequently. All of these options help the brain increase its serotonin levels naturally over time.

Serotonin is a complicated neurotransmitter that exists in various locations throughout the body. It has a variety of functions but is most well-known for its impact on patients’ mental health. Determining the best way to treat a patient suffering from serotonin deficit can be difficult; however, it doesn’t have to be. If you have questions or concerns or would like to learn how to use a variety of therapies to help treat patients suffering from serotonin deficit, we encourage you to attend one of our live webinars. Our team is prepared to answer your questions and help you learn how to assist your patients. Register today and begin learning tonight.

Latest News from PracticalCME
Product categories
Newsletter
Customer Support
Sign up for our PracticalCME Email Newsletter for Exclusive News and Discounts
Sign Up
Copyright PracticalCME LLC. 2020 - All Rights Reserved
Back To Top Skip to content